A Call to Prayer

“I haven’t checked with quite all of the ‘askers’ yet, but our attendance for 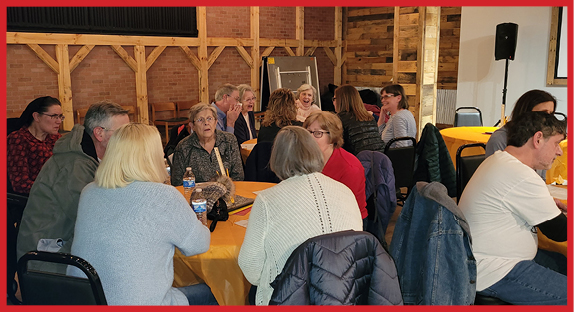 tonight looks pretty low.” Each of the YFC staff members had a long list of people to invite to the Youth for Christ Prayer Launch event, but most of those that really seemed to want to come were going to be busy, and the others seemed reluctant to commit. Missy, YFC’s lead prayer coordinator, was receiving similar responses. So as we set up tables, we included several extra chairs “just in case,” but to be honest, our expectations were low.

Five minutes before the event was scheduled to start, … most of those who were expected had already trickled in. But then, the unexpected happened. A stream of people followed them including some we didn’t expect and other faces we didn’t even know. As we greeted folks we heard that the “Time to Revive” group felt they should come, and a Bible study leader had felt drawn to cancel her study and invite her group as well. Quickly we pulled out another table and set up more chairs. As we did, we realized it was more about God calling His followers together for prayer than any of the inviting we had done. 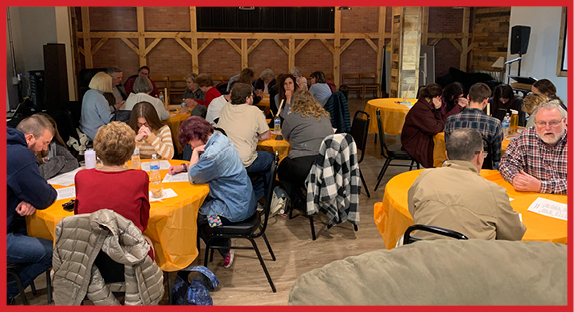 A few minutes of worship through singing made us aware of God’s presence and reminded us prayer isn’t a chore; instead, we really wanted to be there. Guests at the tables interacted joyfully and prayers flowed easily and earnestly for teenagers and for our community and world.

Finally, before a couple more worship songs closed our time, Missy shared about her experience prior to the event. She had been tempted with discouragement because of people’s apparent lack of interest in prayer, but God brought the biblical story about Gideon to mind. As she reflected on the way God had thinned out Gideon’s army, then caused the enemy soldiers to destroy themselves while the army merely looked on, she was reminded this is God’s battle and we’re all privileged to play a role. The unexpected growth of our crowd, affirmed God is working behind the scenes.

Before leaving, participants had the opportunity to sign up for a number

of ways God might be calling them to make a difference through prayer including praying for a specific YFC group meeting with teenagers in their area each week, connecting with others online or in person for prayer, or even leading a prayer group of their own. Now, this opportunity is yours too. Is God calling you to make a difference for teens and your community through prayer? Contact Missy Johnson at melissajohnson1212@gmail.com and she will share several ways you can have an impact and get you connected to the one(s) of your choice. What better way to have an impact with no possible way to lose! After all, “the battle is the Lord’s,” and we have the privilege of being invited along!